If there is one word that comes to mind year after year, that one word to describe what has occurred over the last 12 months, 52 weeks, 365 days, 8760 hours…is the word CHANGE.

Change is scary … it’s the fear of the unknown, fear that the outcomes of change will create instability in the stable life we think we have at that moment. Yet, while our fears of change consume us, they also paralyze us from thinking about the new opportunities change will bring to us or that the changes we face will open our paths to something richer, brighter, better than that of the past. And, sure change could bring something we do not want to face, yet even in the darkest of change comes opportunity to grow, learn, and sometimes the need to say goodbye.

We rung in the start of 2015 with some of our besties, as we celebrated the coming of the new year and all the opportunities that lied ahead for us. We also reflected on all of the wonderful memories of prior years’ celebrating together and remembering those who were no longer with us.

As most of you know Rob and I are extreme animal lovers, and we either don’t have enough commonsense to stop or we’re just suckers for orphaned animals. In January, we adopted cat #9. Charlie Girl was one of three remaining kittens from a late summer litter. She didn’t seem to bond with her other litter mates any longer and was pretty much a loner hanging under the patio by day and the gazebo at night. I had been considering taking all three of them to the local shelter, in hopes they would find good homes. But as my schedule often has it, I procrastinated and kept putting it off until another day. A few weeks into the New Year, the outside temperatures plummeted, and we were worried Charlie wasn’t taking cover enough and would freeze out in the elements. So, we did what any animal lover would do…made a warm comfy bed in our mudroom and brought her in. As the story has been told before, you all know once a cat makes it inside the backdoor, the cat has found a forever home and knows it’s not going to worry again about fending for itself. And, Charlie Girl was no different. Except we would soon learn that Charlie Girl wasn’t a girl. I scheduled a vet appointment to get her checked out, shots and then a spay date. On the day of surgery, I got a phone call from the vet telling me everything went well, but there was one thing…Charlie is not a girl, she’s a boy. So, we dropped the “Girl” and now just go by Charlie! Charlie had an extremely heavy winter shaggy coat, and his testicles didn’t drop as they normally do, so until surgery began, no one knew any differently. Poor Charlie!

February I celebrated my one year anniversary back at WTAJ. While I enjoyed my first year back with much success and hitting regular quarterly and annual goals, year two would prove to be a little more of a struggle and stressful. Several seasoned AEs resigned for newer opportunities; business we were expecting to return, didn’t; new people to train; new software to learn; budgets to hit. It would be a year of constant change…change…change, and sometimes difficult to focus on moving forward. But, we made it. Thursday, we closed the door to 2015, said good riddance; and now I embrace the opportunities that lie ahead for our team in 2016 and look forward in celebrating all of their successes!

As I celebrated year number 47 in March, I finally had the opportunity to see Phantom of the Opera. While it was the off-Broadway production (someday I will take in a show in NYC), if you ever have the chance to see a show at the Benedum in Pittsburgh, do it! What a beautiful building, the architecture is just gorgeous. My birthday weekend was certainly celebrated in style with family, great food, lots of laughter, and everyone was safely back home before the snow started to fall (the trials and tribulations of a winter birthday).

Entertainment was certainly plentiful this year…while Rob isn’t a fan of the theater (he doesn’t know what he’s missing), he does enjoy music and so finally we got the opportunity to see Garth Brooks at Bryce Jordan Center. Bret Michaels was in Altoona at the Railroaders Memorial Museum. We also saw a couple of tribute bands (Fleetwood Mac and Aerosmith) during the Alive at 5 concert series at the Railroaders Museum this summer. Liz and I saw Maroon 5 with Nick Jonas in Hershey. And, in November we did a Client Appreciation Night at Centre for Performing Arts and took in the off-Broadway production of Jersey Boys. It was excellent!

Summer seemed to be here and gone before we knew it. To celebrate Rob’s last birthday before celebrating the big 5-0 this year, we gathered family and friends and hosted a Seafood Boil. We filled the big steamer pots with red skin potatoes, ears of fresh corn, sausage, shrimp and crab legs! Throw it out on a table covered with kraft paper and dig in.

It seemed as though we blinked our eyes between Independence Day and Labor Day, and bam it was fall. And with fall comes one of the busiest times of the year. I don’t recall much between Labor Day and Christmas, it sort of all ran together.

Ever since I was 16, there has been one certain car I’ve had my eye on. Some of you may remember on my Facebook page, I noted a picture of my dream car and that I would treat myself to it in the coming year as my birthday gift to myself. Well, I hadn’t found the perfect car by my birthday, and I had almost given up on it. I was watching every car lot within a 100 mile radius to find just the one I was looking to find. Lo and behold, I finally decided to give up my search, and then the day I had longed for sprung up on me and on that fateful day within about 30 minutes, my dream car had been found. A week later I was signing the papers to purchase a 2013 red Chevy Camaro SS! And, I’ve been in love with it ever since. Although it’s parked for the winter months, you can bet as soon as the roads are clear of the salt and cinders this spring, I will be driving around in my mid-life crisis hot rod!! 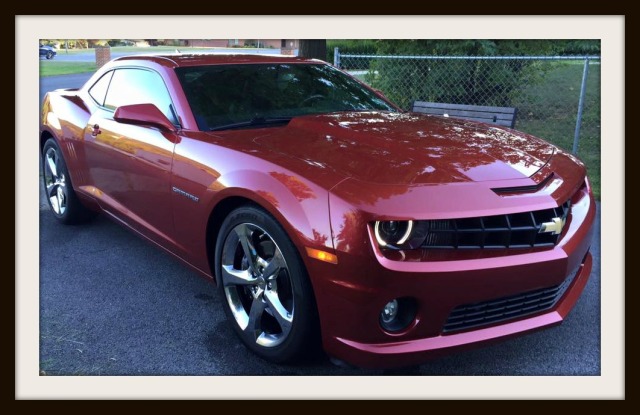 At the end of September, I left Rob for a week with nine cats to tend to on his own as I traveled to Punta Cana for our annual client incentive trip. Rob’s vacation time didn’t afford him the time to take a week off with me, so my sister got to go instead. We had an awesome time, but also awakened to the severe poverty that exists in these Caribbean communities. We are so fortunate to be blessed with the amenities in which we are bestowed, don’t ever take for granted what you have or what you think you don’t have, because I promise you there is someone much worse off than any of us.

After my return, you will never guess what happened next. #10 and #11…yep CATS. We now have 11 cats. Yes, we have a problem! But it could have been far worse…in the midst of taking #10 and #11 in for adoption, I also took four others to an animal shelter for adoption. Mending Hearts is a non-profit organization operated by volunteers and 100% donations. Roxy and Momma were adopted rather quickly, but unfortunately the two kittens (Miss Pinky and Moo) I took out have not had as much luck in finding new homes. But, they are well taken care of and have a houseful of kittens to also enjoy! The only cat remaining outside now is a male, Spot. Spot will not let us get close whatsoever, so for now, he remains on his own. He does travel back and forth between our house and my parents, so there’s no shortage of food and shelter for him. As long as he is content, I’m content.

Monty and Ollie (aka Olivia) are from Momma’s last litter this past summer. Ollie (on the right) is the fourth female to come into the house, and unfortunately has had a little difficulty in getting acclimated to her surroundings. The older females harass her, so she’s been staying in the basement. Recently, she’s been venturing upstairs and has made it into the kitchen before running back downstairs to take cover.

We’ve been fortunate to have a year of blessings; however, there are some struggles we face too with friends, family and colleagues we’ve said good bye to this year, getting our health in check, and some pending changes for Rob at work he is stressing over. It’s hard to imagine the future when you’ve worked with the same guys for almost 30 years, and now all of those guys will be retiring this year. There’s a good group of young guys behind him, and I tell him it’s just a matter of adjusting. He will be fine, he just needs to embrace the change, which is not always easy for him to do.

You will never change your life until you change something you do daily.
The secret to your success is found in your daily routine.
~ John C. Maxwell

As we close our story books on 2015, and begin a new chapter in our 2016 story, remember the 3 C’s of Life: Choices, Chances and Changes. You must make a CHOICE to take a CHANCE or your life will never CHANGE. What changes will you embrace in 2016? What changes will you not embrace in 2016? Will you stick to your resolutions? Will you take a chance on something you’ve been considering to do?

Carpe Diem … Seize the Day and make 2016 about embracing life’s changes and living your best days ever! 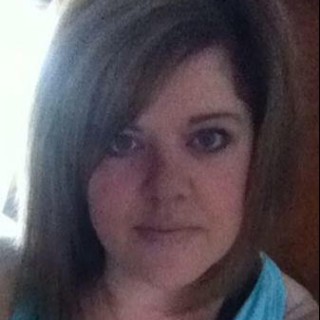